​Bright. Articulate. Personable. Efficient. John served as Editor of Science News at the AMA when I was Director of Communications. John was so impressive from his first week on the job -- so admired by colleagues, so respected by the JAMA staff, and so appreciated by medical writers around the country -- that I dreaded the day he would announce he was leaving! His writing, editing, speaking and listening skills are second to none -- and more important, John is one of the nicest, most caring people I have ever met.

John Hammarley is a standout professional in medical media communications. His dedicated career in medical reporting and communications is evident from his many awards, accolades and projects of excellence. Whether he is in front of the camera or behind it, his contributions are always engaging, informative and compelling. John is easy and fun to work with or for, and he continues to be a go-to guy for me and my rheumatology colleagues on all matters of medical media and professional communications.

John created what we consider to be one of the finest image/capital campaign videos we've ever seen. Not only did he capture the magic that is sometimes hard to convey to the public, but he accomplished it with words of inspiration and beauty (without being overly dramatic), and an extraordinarily sensitive touch both in the manner in which it was filmed and edited. Bravo!

I've known John for more than 20 years. He combines wisdom/knowledge/experience with a wonderful personality. In health/medical/science news, experience is a priceless commodity, and John's been around the block many times wearing many different hats in the health journalism/communication field. One of the truly good guys in the business.

I've known John for more than 10 years. He brings a unique skill set to whatever task he is focused upon, which includes an amazing energy and enthusiasm, great technical skills in understanding the essence of the health-related issue he is addressing, and the ability to network and communicate with others around him in an effect and inclusive fashion.

I can't say enough good things about working with John and the quality of work he delivers. With minimum explanation he understands the project and zeros in on exactly the right story to tell. He just gets it! John also has a special gift of being able make his interviewees instantly feel comfortable telling their story. He is just so likeable! I will continue to hire or recommend Hammarley Productions because of his professionalism and his delivery of a better than expected final product.

​
I worked with John for almost a dozen years. He is one of the best beat reporters I've ever worked with. John covered a wide range of medical stories, with a focus on new technologies, techniques and treatments, in Dallas-Fort Worth's large and respected medical community. John took often-complicated, techical medical material and translated it into language our viewers could understand, anchored by human-focused stories of people going through medical challenges. John turned a new story almost every day, with a related emphasis on producing longer, richer special reports on several occasions. John had a large contacts file and great relationships with medical professionals in the area. Even though John was not trained as a physician, he was a trusted dispenser of medical information in our newsroom - what treatments people were using and which doctor to visit for which ailment. John's very smart and very fun to work with. I recommend him as a work colleague, and for potential business relationships.

John is an extremely effective media trainer. He knows how to put the trainee at ease as well as to ask the difficult questions we are often faced with from reporters. For those of us who are not comfortable in front of the camera, John’s training methods help you to focus on the important messages without being thrown off track by a reporter who may have his/her own agenda. He teaches how to remain calm even when the reporter’s questions are meant to provoke a hostile or emotional response or to simply confuse the interviewee. His trainings are conducted in a fun, informative and interactive way with audience participation key to improving one’s media skills. John is a very articulate, personable and well-informed media representative both on television and in print. I am sure that he will be a great asset to any organization looking for a communications expert.

Chris Tannous, President of the Board of Directors, Susan G. Komen for the Cure Orange County Affiliate


Working with John was great. John always brought a creative spark to his medical reporting. I believe John connects with people because he really likes people. He's also not one to wait around, he dives right into his work.And I'm not saying that because he's a pretty darn good swimmer, too. I'd strongly recommend John Hammarley, he makes things happen!

John always infuses a very personal touch into his work. Because he is a born storyteller, his projects are interesting and unique. He has a special flair with healthcare topics, but can capture the interest of an audience regardless of subject matter.

John is one of the top medical reporters and producers in the business, having done top-notch work at leading news outlets as well as helping America's most important healthcare organizations communicate key messages with consumers.

John is a thorough, thoughtful professional who produces provocative and appealing material. I have worked with him on many occasions over the years and always appreciated his insight and understanding of the issues, no matter what story he is telling.

John has a wealth of knowledge in the medical and health media field. He has the ability to translate high level medical information to a lay health level. I enjoyed working with John and I think he would be a wonderful asset to any team.

John is a true professional who takes pride in everything he does - and he does everything well. John is a great journalist and a terrific communicator; he finds a way to relate positively with everyone he meets.

John was such a wonderful colleague and I thoroughly enjoyed working with him. He is a total team player and talented writer.

John is a creative individual who can take complex ideas and explain them in an elegant, succinct manner.

John Hammarley is a true professional. He is the epitomy of excellence. When John was the Medical Reporter at KDFW, he led the market in his reporting. His professionalism, intelligence, compassion and personable personality make him a joy to work with. I recommend John highly.

John has, and continues to exemplify what a fantastic Emcee and Event Announcer should be. For over 20 years, John has proven to be a solid, entertaining, and interesting announcer for the World's Largest Running Relay! His knowledge base and experience in media and entertainment make him a creative asset to our organization.

John and I have worked as competitors in the Dallas TV market. I think of him as a "pioneer" in television health and medicine journalism. At Channel 4, John translated complicated science information and produced compelling stories that were always timely. He balanced his reporting with a wonderful mix of well-written narrative, personal compassion for patients, excellent scientific context and professionalism. I miss his stories on Channel 4.

I worked with John while he was at Fox-4 and I handled PR for Tenet Healthcare's SW Region. He was always interested in timely, relevant story ideas that really made a difference in people's lives. He was an ultimate professional but always maintained his sense of humor and a candor that put the people he was interviewing at total ease. He understands the importance of allowing his story's to speak for themselves without being intrusive. He is one of the best!

John is a knowledgeable professional particularly in the field of medicine. He brings top notch experience to every project he does

I've have worked with John for several years. He's always attentive, courteous, and committed to doing a phenomenal job. He possesses a skill that's very hard to find. He let's people tell their own stories. Then he relays it to the audience so they "get it." He's an amazing story teller. He seems to have a natural way of using the best material in the most profound way. I look forward to working with him again. He is a true artist.

John is the consummate professional - smart, energetic, focused, brilliant writer, strong storyteller, and great sense of humor as well! He understands all aspects of the business from idea to execution - I'd wholeheartedly recommend him for your project.

John is a consumate professional. He worked competitively against me while I was at NBC-5 he at FOX-4, and he was formidable. John is a great story teller, he weaves a good tale and knows how to craft a compelling message that viewers stick with until the end. John has that slick head serious look sometimes, lots of credibility and gravitas comes with that look. But, the look is no good without the goods, and John has them.

John is proficient is assessing situations as they arise and responding in an appropriate fashion, particularly with difficult and sensitive situations in the communications arena. He is very thorough in his research and compilation of information and succinct in the delivery of written communications to deliver effective messaging to broad and diverse audiences on a vast expanse of topics. John is extremely knowledgeable and brings a wealth of experience to the table. His dedication is ever-present in his can-do attitude and approach. He is a team player, and I always knew I could depend on him. He has always been a great sounding board for me for effective problem solving and brainstorming, always willing to look at new approaches and refine current approaches. John will be a great asset to any organization. He is truly a diamond in the rough!

I worked with John at FOX 4 in Dallas for about 5 years. John was an outstanding medical reporter who had a gift of being able to take complicated, pertinent medical information and convey it to our viewers in a very easy to understand manner. John always came across on the air as very knowledgeable, engaging and very caring. For an example of this look no further than his stories on the Ibrahim twins from Egypt, conjoined at birth, who came to Children's Medical Center in Dallas to be separated. They were memorable stories, beautifully told by John!

John's work for Cancer Support Community North Texas (formerly Gilda's Club North Texas) was superb. The videos that he created on our behalf were incredibly creative, but more importantly, were incredibly impactful. He captured the essence of our members and our mission beautifully. Working with him was a pleasure.

John has a knack for condensing complicated subjects into succinct and easy-to-understand bits, which is important in communicating difficult, technical scientific information for consumers. He also has a gift for media training -- helping people become comfortable with an interview, guiding them to the meat of the story, and smoothing over the inevitable rough spots with humor and grace. He's a diligent worker who wants to get it right. 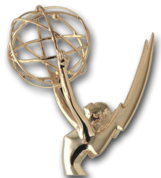 what people think of john